Robbie Blakeley
18/09/2019
JAVIER G TOLEDO/AFP/Getty
The 2012 Copa Libertadores champions have never won the Sudamericana. Tonight, they play the first leg of their semi-final clash against Ecuadorian side Independiente del Valle. 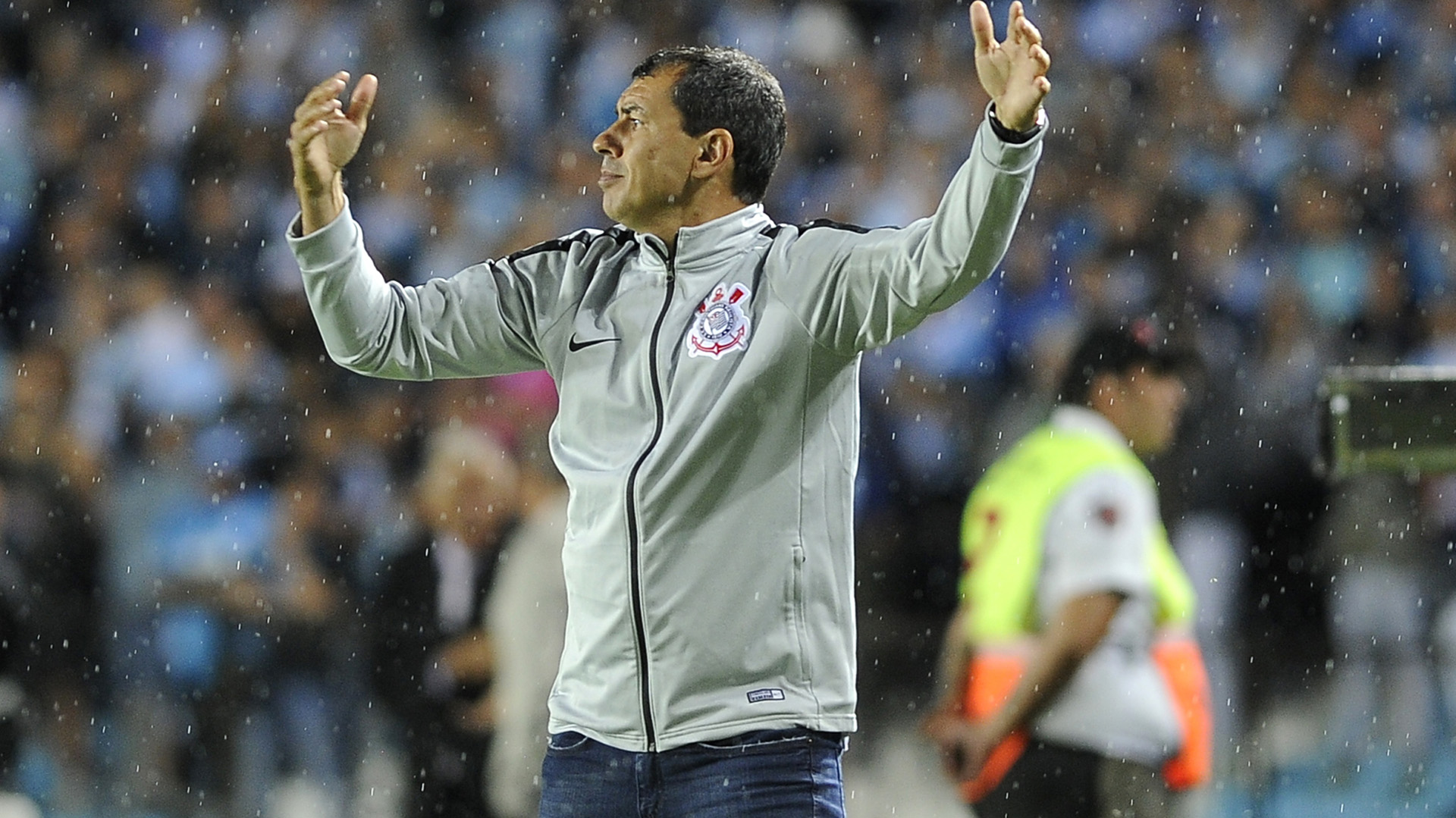 Corinthians and their coach Fábio Carille are still on for a first this season. The 2012 Libertadores champions are in the final four of the Copa Sudamericana and, this Wednesday evening (18 September), play the first leg of their semi-final clash against Independiente del Valle of Ecuador, at the Arena Corinthians in São Paulo.

While the trajectory has not been easy up to this point – Timão has had to pass current Argentine champions Racing as well as squeezing past compatriots Fluminense on away goals in the previous round – they are the only side left in the continental competition yet to taste defeat.

There were a pair of wins against Deportivo Lara in the second round, both by the same comfortable 2-0 score line, and two victories over Montevideo Wanderers in the round of 16. Add in to the mix two draws with Racing and Fluminense and we have seen a solid if unspectacular side to Carille’s Corinthians 2.0 in 2019.

😁 Of the 1⃣1⃣ goals @Corinthians have scored this #Sudamericana, 4⃣ have been headers!

🔜 Will Timão use their heads again against @IDV_EC in the semifinals? pic.twitter.com/5pxn4Asvbi — CONMEBOL Sudamericana EN (@TheSudamericana) September 17, 2019

While the side sit fifth in the Brasileirão, a daunting 10 points off current league leaders and Libertadores semi-finalists Flamengo, the Sudamericana looks to be their best bet for major silverware this term. And with young playmaker Pedrinho pulling the strings they have a jewel in the crown capable of picking the most stringent of locks.

Their opponents, however, have shown themselves to also be masters in stubborn efficiency. The Ecuadorian outfit overcame Argentine giants Independiente in the previous round, going through on away goals after a 2-2 aggregate draw.

While we have seen flashes of flair from Del Valle – there was a 5-0 mauling of Universidad Católica in the second round, first leg back in May – caution may well be the order of the day in this clash as they look to close down space and shut out the hossts. Fluminense set up shop at the Arena in the quarter-finals and managed to escape with a goalless draw, and Del Valle boss Míguel Ángel Ramírez may well adopt a similar ploy.

For Carille and his cohorts, the responsibility will lie on the Brazilians to huff, puff and break down their opponent’s door. With the Brazilian giants looking for an unprecedented Sudamericana crown to go in the trophy cabinet, it could be time to release the shackles and seize the initiative.